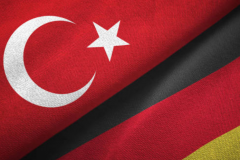 EU politicians and technocrats like to present themselves as progressive and enlightened policymakers. But that virtuous mask slipped last week after German auto giant Volkswagen announced that its new facility would be located in Turkey instead of an EU member nation. A news report carried in Zeit Online last Monday quoted German Green Party politician Reinhard Bütikofer as saying that Volkswagen’s decision has “caused consternation” within the European Parliament. This, Bütikofer said, was because of “the increasingly deteriorating situation of the rule of law, media freedom, and democracy under President Erdogan.” He also revealed that Volkswagen may face legal action from the EU Commission due to a breach of competition rules that bind member states.

If the Commission follows through on this threat, it will be bad for Volkswagen, bad for automobile buyers and, especially bad for Turkish people. Volkswagen plans to invest 1 billion euros in the multi-brand plant, which will employ around 4,000 workers. Bulgaria was reportedly the second-preferred choice but, as an EU member, was bound by funding regulations which constrained both Volkswagen’s and the Bulgarian government’s negotiation space.

Yet, while businesses are not charitable organizations, it is inarguable that Turkey benefits more from this investment, in relative terms, than Bulgaria would have (or Romania or Serbia, which were also considered by VW). Turkey has an unemployment rate of 13% as compared to Bulgaria’s 5%. More importantly, Turkey has more political tension than Bulgaria, so the very fact that VW is willing to set up a factory there sends a strong signal both internationally and internally about the need for political stability. Yet journalist Ivan Dikov argues in European Views that:

“In Bulgaria or Romania, the Volkswagen investment would have boosted tremendously the middle class, and thus the pro-Western, pro-EU orientation of the respective society (which have come under attack by foreign powers in recent years), and thus the potential of the respective country to contribute far more to the well-being, dynamics, and development of the entire European Union.”

Dikov is oblivious to the fact that he’s arguing for VW to support a middle-class, which is by definition relatively well off, over support of a poor class, which is the cohort that stands to benefit most from VW’s investment in Turkey.

It is therefore ironic that the issue of human rights is being raised by EU spokespersons as an objection to VW’s decision. The argument seems to be that a country should have its political house in order before any firm can in good conscience invest there. Yet the history of most European nations shows that economic development long preceded any expansion of political freedoms. Most of the time, it is economic progress which leads to liberal democracy, which is not surprising given that business is most efficient when free, whereas governments are always attempting to restrict citizens’ rights as much as possible.

Protectionism requires political connivance. And, although free trade was one of the key arguments used to justify the creation of the European Union nearly three decades ago, the EU’s true protectionist face is becoming more and more bared. As economist Ryan Bourne of the Cato Institute has argued, “The long and short of it is that the EU is internally trade liberating but outwardly protectionist…This is particularly obvious when one sees certain tariffs, like those on oranges, applied seasonally as protection against the South African harvest.”

Whether by accident or design, this policy is an economic carving knife aimed to separate poorer countries, like Turkey, from the benefits of free trade with wealthier nations.